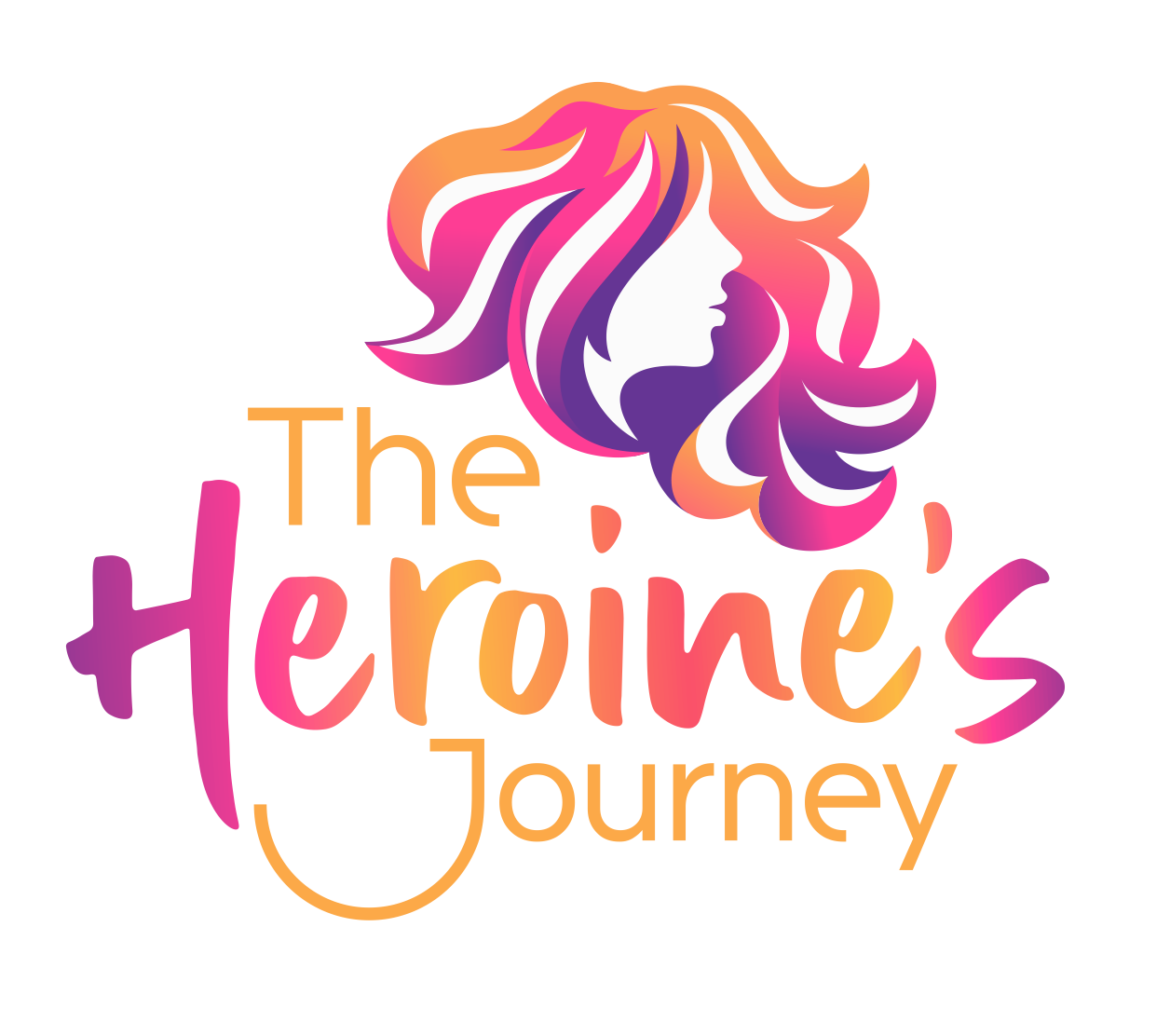 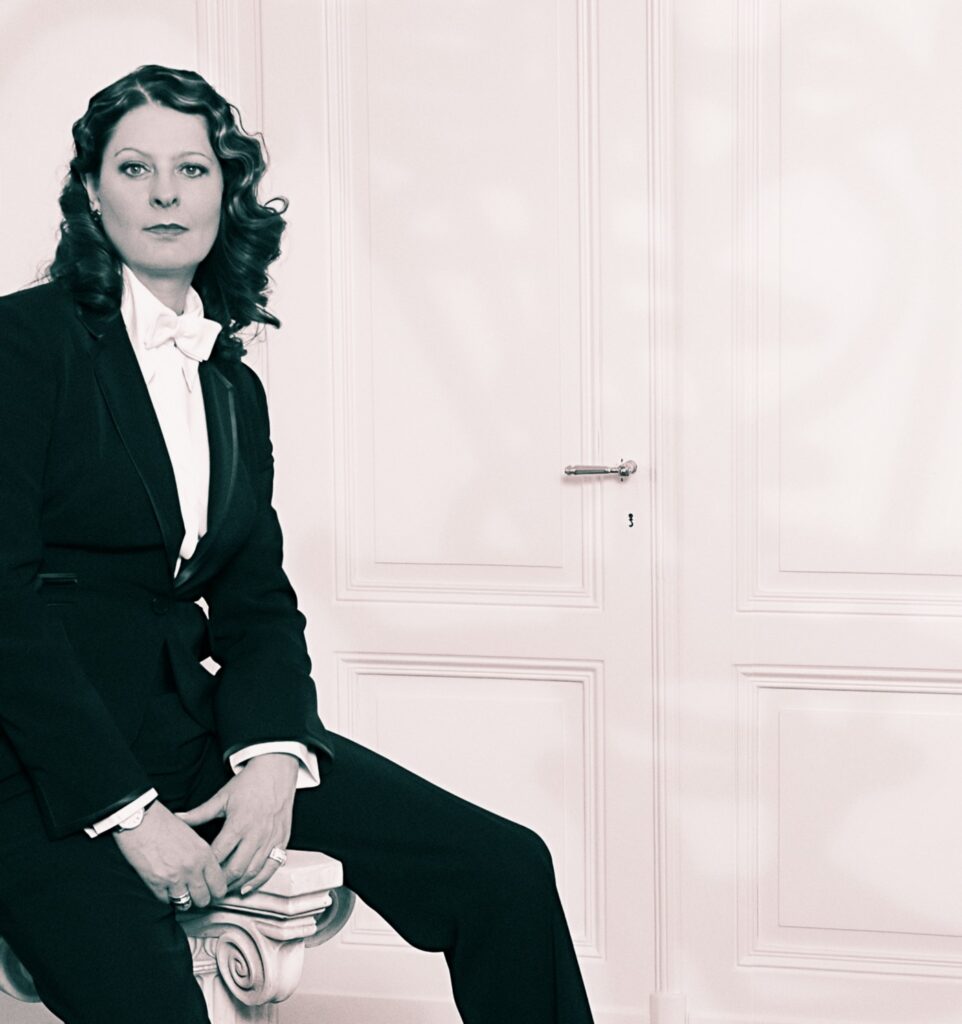 I was a spring board diver, and wanted to hurl myself off the tallest of what ever I could find. This was off the high board at our pool, or off a boat house into the lake in the small town where I grew up.

I practiced the moves of forward and backward flips and felt the excitement of soaring in the air. Free form expression. It felt good to be me hitting the end of the diving board and then being launched into magical movement.

This set up my path of achievement as a young girl.

But there was a conflict. I used to say to my Mother that I didn’t want to be a girl. I didn’t want to only grow up to only clean toilets, a vision that I saw as representing a limited life before me.

At a young age I saw that where my life could lead me, and where a boy’s life could lead him — appeared to be two very different things. For instance, there were no sports for girls in the schools back then, and you didn’t hear about women achieving any sorts of things. That seemed to be left for the boys.

When I wanted to go from college to graduate school, I asked my Father if he’d pay for my next level of schooling. He said, ‘No’. I said — ‘but if I was a boy you would pay for it.’ He said ‘yes, but you aren’t.’

It seemed that the boy’s path was the one to take, but I didn’t know then the misery this could cause my feminine spirit until later.

My Mother got a job as I was graduating from college for the first time. It seemed to me that it was the happiest day of her life when she went to work. The message that I got was that she was delight to have her own cash, new found freedom.

Something had changed. What I saw my Mother tackle was she wanted freedom, prosperity and purpose. While I didn’t know it at the time, this was unspoken, it set the bar for me. She didn’t get a lot of support for this but she did it anyway.

And so, I joined women who entered the working world in the early 80s — setting out to put cash in my wallet, create freedom for choices in my life and onto an adventure of purpose.

BIG QUESTION, though: Why was I asked to wear men’s pants, when I was a woman?

I looked around and set off on a hero’s journey, as the way to successful achievement — when clearly any gander of my being demonstrated that I was all female. I went off to tackle the lions, tigers and bears of the external world.

I went to work on Wall Street.

Was the only way to achievement a man’s way? — yikes!, I was harassed, paid less, thwarted, insulted, horrified, demeaned and abused working there. What was wonderful about this? But I sucked it up.

I was alone as one of the few brave souls of women that entered this world. One day I was walking through the trading floor at one of the major Wall Street firms and a guy took a direct shot and hit me in the butt with a baseball — that was ok then.

I proved myself. I could climb up and take the leap. I held onto my desires for my life. My marriage didn’t work well.

I lead big financing projects for bond issues for public projects and ushered those bond deals to market for sale. I was a quick thinker and clever in accomplishing the tasks set in front of me.

But I wasn’t a male. I was trying to act like one, forcing myself into the male path of achievement because it seemed like a way to spring forward.

Here’s the funny thing that caught my attention. Because I was too blind to see that really this whole path wasn’t working for me. It was a hardship at every level. My heart hurt, I wasn’t wanted there, and it took a toll on me physically.

The funny thing is that I would unexpectedly, surprisingly and full of thirst — find myself wandering around the lingerie department in the Bloomingdales Department Store at 59th and Lex in New York in the middle of the day, not far from where I worked.

Like a drunk who finds themselves in a bar — I found myself in the lingerie department!

The elephant under the rug was that I am a WOMAN.

My nature is something very different from the all testosterone male world that I was struggling to compete in.

At home, I looked into my closet — and it was all of the male type clothing that women wore to try to hide their femininity back then. You flattened your boobs, wore man-fabric suits — and did all that would distract attention that you were a women. That wasn’t the game to be showing ‘woman’, and you would simply get ambushed and derailed if you were too obvious.

I made the most money for the firm that I worked for in Philadelphia one year — and I thought that they would all love me for this — they didn’t. Instead I was in the shark tank — and it dawned on me that I didn’t even understand the rules of the game.

Women entered the workforce because it did hold promise for freedom, but they also left because they could not make up the rules — and the rules did not favor them. Women abandoned corporate America and Wall Street after gallant tries — and why?

For me, the men’s pants that I was forcing myself to wear — well, they were made for a penis!

So — I started my own firm. I started what was the first female investment banking firm in the country that underwrote municipal bonds. This was my new plan to achieve my desires.

Why? Well, I decided that I needed to create my own ‘sand box’. That in the firms that I had been working in, well, the men had ponied up the capital, taken the risk, and therefore were entitled to make up the rules.

So, my firm was the first female investment banking firm in the country to underwrite municipal bonds — for the Philadelphia School District — and then later for the new United Airlines Terminal for the City of Chicago, and many more. I traded billions of dollars of securities in the public markets.

I even wore red open-toed shoes to the closing dinner with my red suit, proclaiming my femininity.

But there was still a HUGE elephant under the rug. I would learn that I had gotten to the top of the ladder, but the ladder was in the wrong building.

I wrote my first book, and I was thrilled to have Random House as my publisher, I toured the Country with my message. My book, ‘A Girl Needs Cash’ was inspired by my Mother’s breaking out, and my endeavor to take the journey.

Hoorah, women are equal — but maybe they’re not. Maybe we’re just different — and why have women been asked to wear men’s pants all along?

Is this working for us?

I was inwardly miserable, but didn’t want to admit it. But the winds of change howled…the life I had so carefully crafted was shattered as inauthentic.

These fierce winds came up, toppled my ladder, landed me on my head, cracked my skull open and nearly left me for dead.

My husband, while he was still married to me, set off on a scuba diving trip with the girlfriend, put pictures of the trip out on the internet for all to see — and then there was the divorce. It foreshadowed financial ruin for me, I was so devastated that I became immobile and my health crashed — and all that I’d been tightly trying to hold up came crashing down.

Was suicide an answer? I lost all hope. The lights suddenly went out in my life. Darkness.

I groped, searched, suffered — and somewhere in there found that I was still alive and a flicker deemed that I needed to be me.

I was a Heroine, inside of me proclaimed!

Fortuitously, I went to a program with a powerful speaker, only the powerful message that I got was surprisingly from someone in the audience. I was lamenting my fall from grace to him when he responded.

He said to me, but Joan, ‘you can step off one stage and onto another.’ That landed with a ton of wisdom on me.

I was delivered down the birth canal with gifts to bring forth. I had been trying to determine what I was here on this earth to do — and now, I was firmly on The Heroine’s Journey which would lead me there.

Suddenly I got excited.

This time, I could be my authentic self. I learned that my journey is distinctly different and that wearing men’s pants did not suit me. Hallelujah!

Why have women worn men’s pants? It seemed to be an available path of achievement. But — not any more. Because frankly, it didn’t work for us.

We’re not Hero’s, we’re Heroine’s. We live our lives and make our contributions from feminine spirit.

There are 13 Steps that all women take on this universal Path. While we tell the stories of our lives, now we can see that there is a unique way for us — and an understanding of this journey speeds our progress, enables our joys and enlivens our lives.

Thank goodness! We don’t have to wear men’s pants any longer — we can be who we are on the path of the Heroine.

The Dali Lama said: “the world will be saved by western women” — but not as men, I say. Instead, our contribution to ourselves and mankind is by claiming our worth and speaking our truths.

It’s time for women to initiate their Heroine powers on the path of achievement!

Send those men’s pants to the Thrift Store, and make your new fashion statement.

Thank you so much for reading my Story! I hope that you’ll leave me a comment since I’d just love to hear from you.

I’ve created a free gift for you and you can get it now. It’s yours by clicking: ‘The 4 Biggest Mistakes Women Make’ — and it’s also at Go.WalkTheJourney.com/Free-eBook.

I’d love to read your Story too. I mean it!! So, connect with me in any of these ways:

Discover the 4 biggest mistakes preventing you from becoming the heroine of your own life. 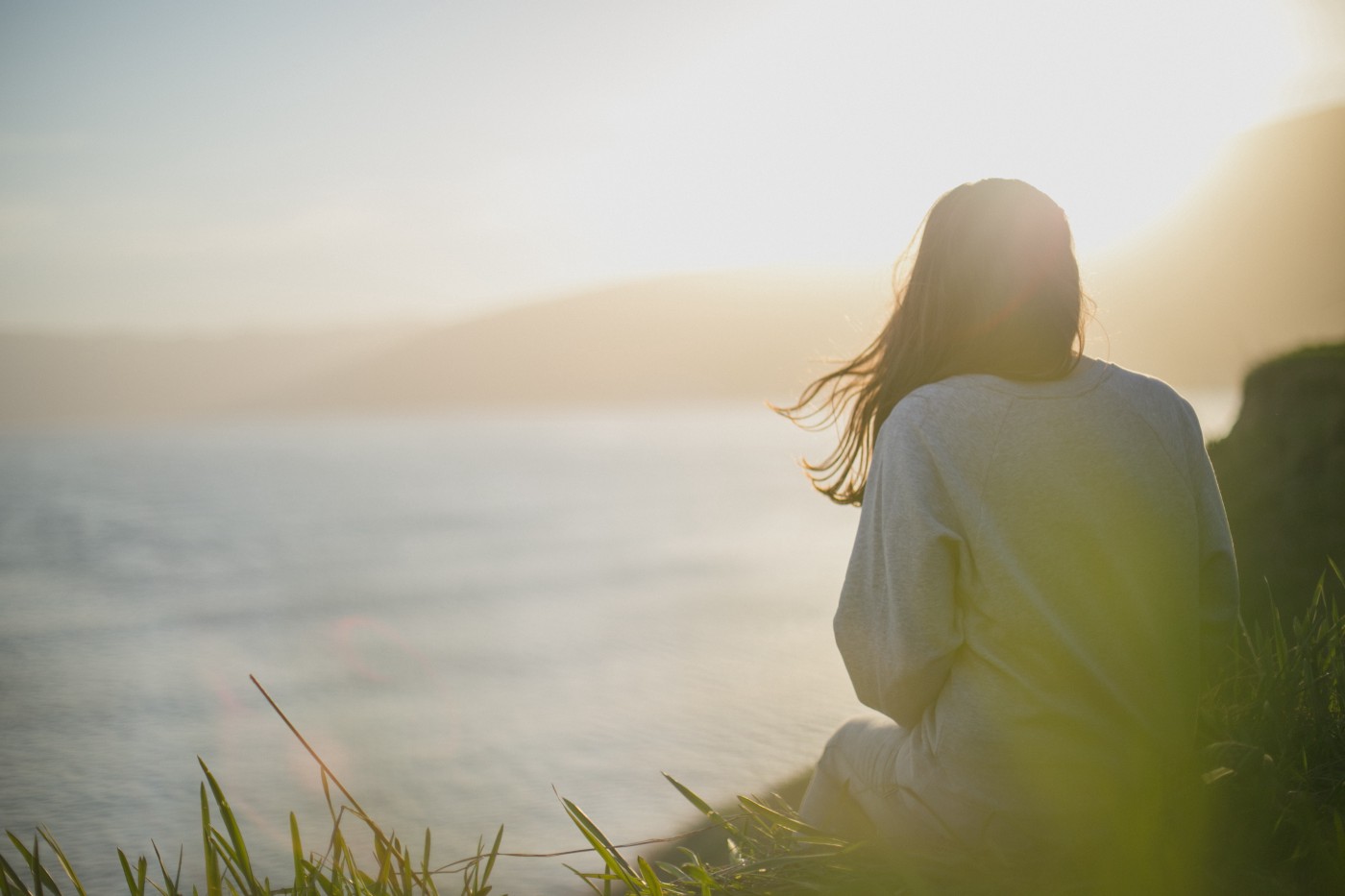 Heroines Get This Right

What’s at the core of your Heroine-Self? Is it false bravado, like all the posturing and gaming that we’ve seen lately across our TV screens? 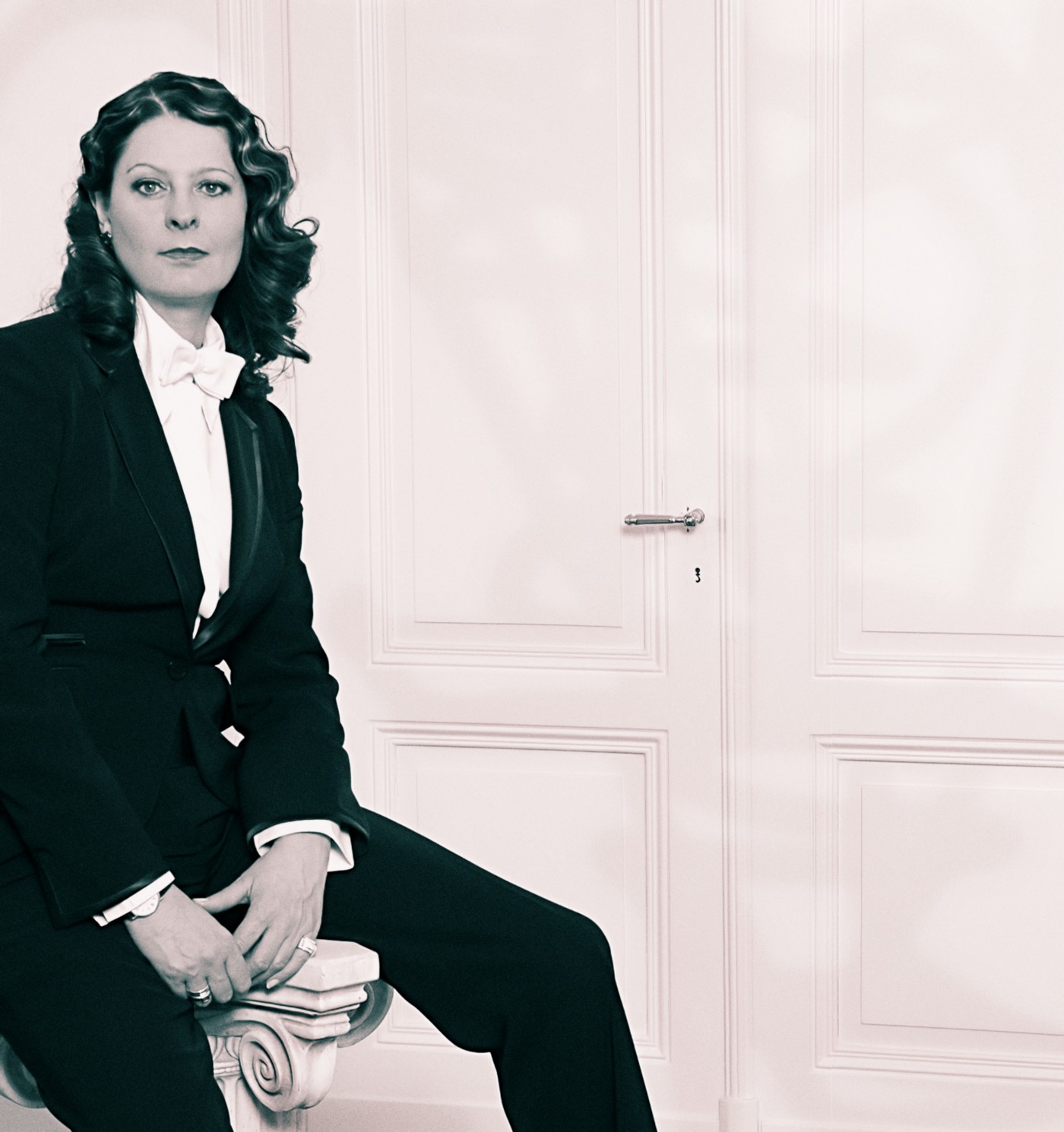 I was a spring board diver, and wanted to hurl myself off the tallest of what ever I could find. This was off the high board at 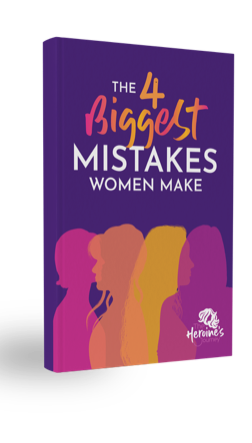 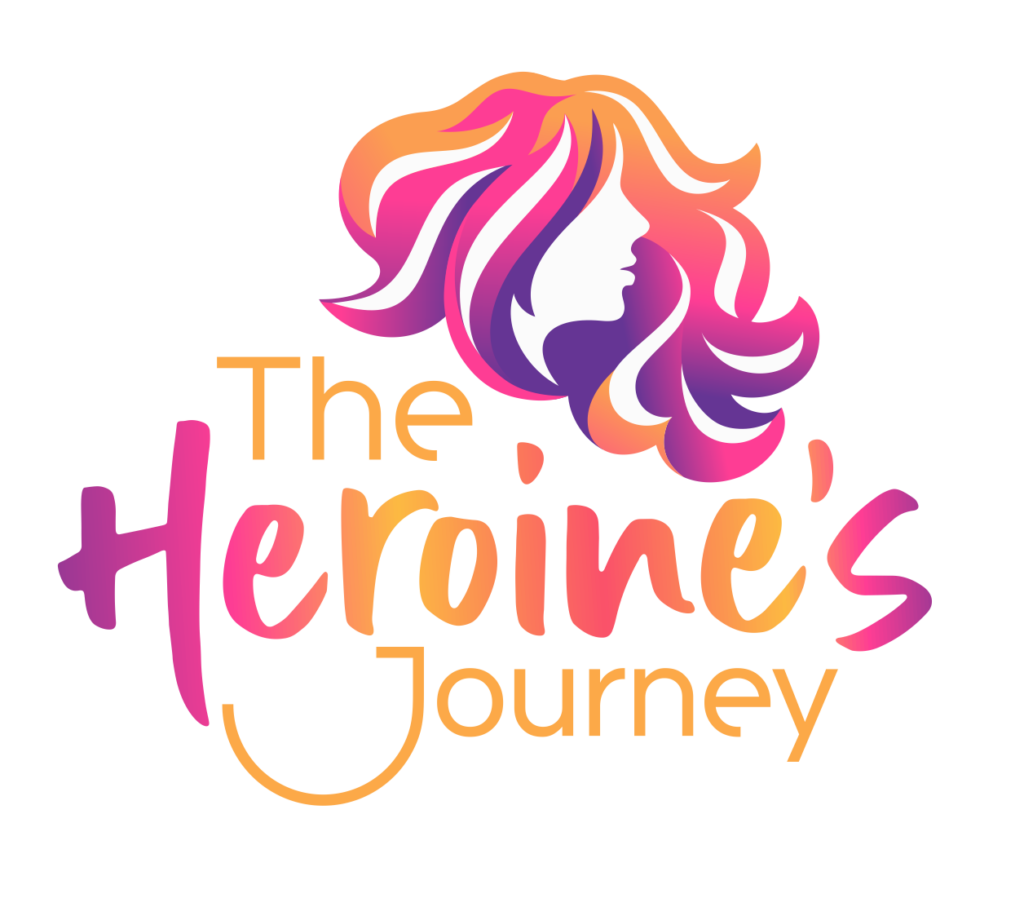 The Heroine’s Journey is the pathway that you can’t resist as it compels you to blossom to your Best-Self. 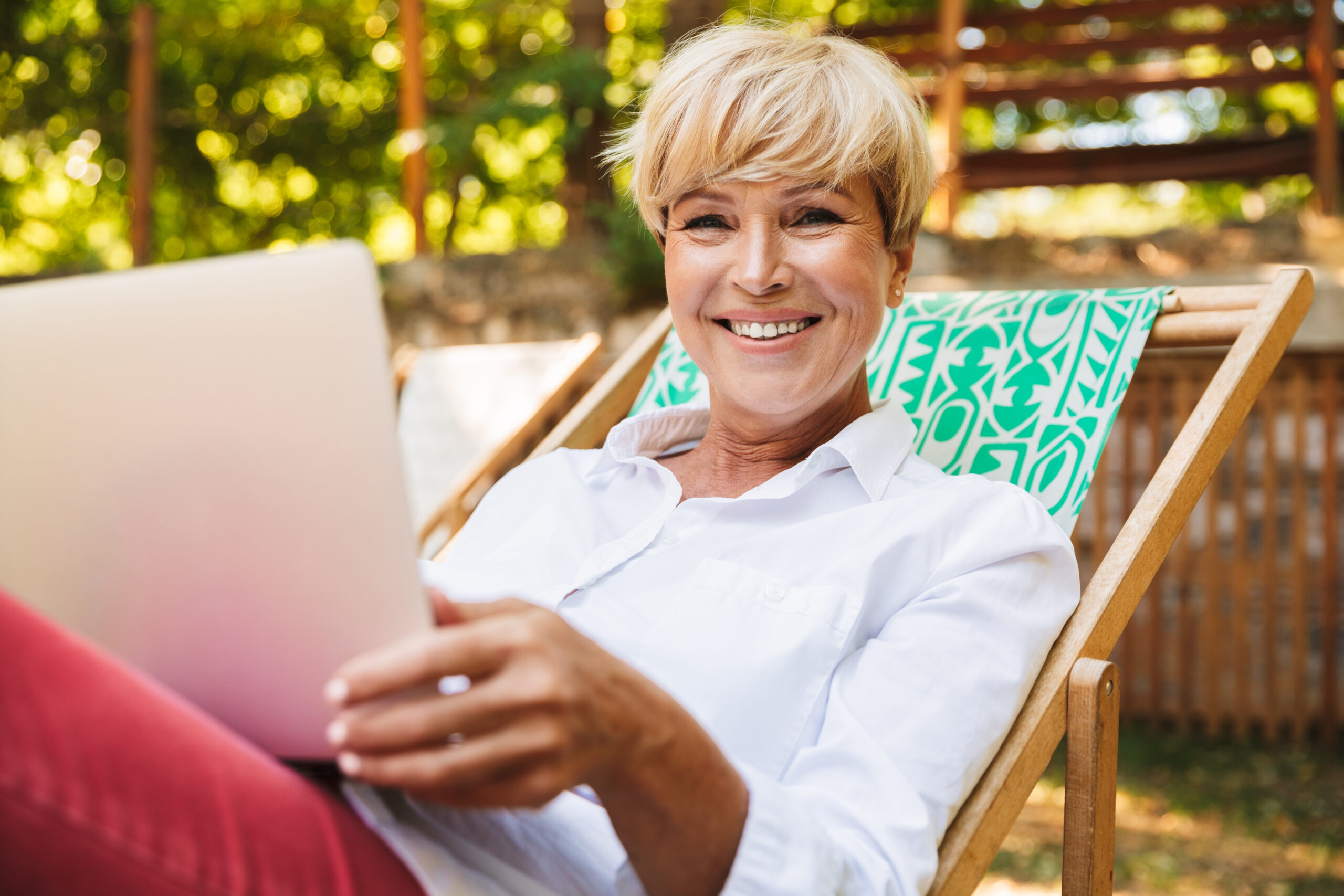 The Heroine’s Journey is the plotline that underlines all of our lives, while each of our stories is uniquely different. 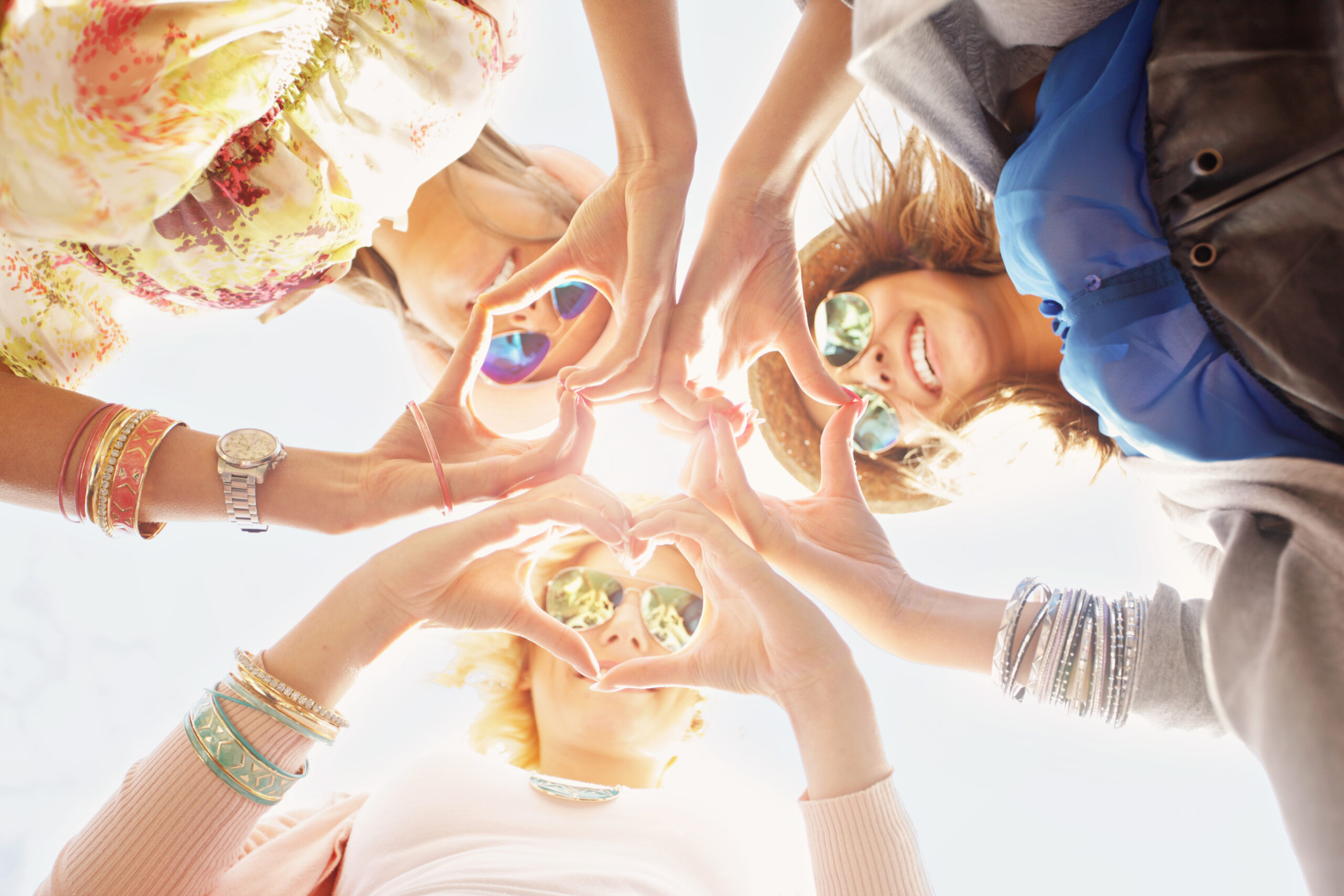 The Heroine’s Journey is the universal journey that all women take to maturity. 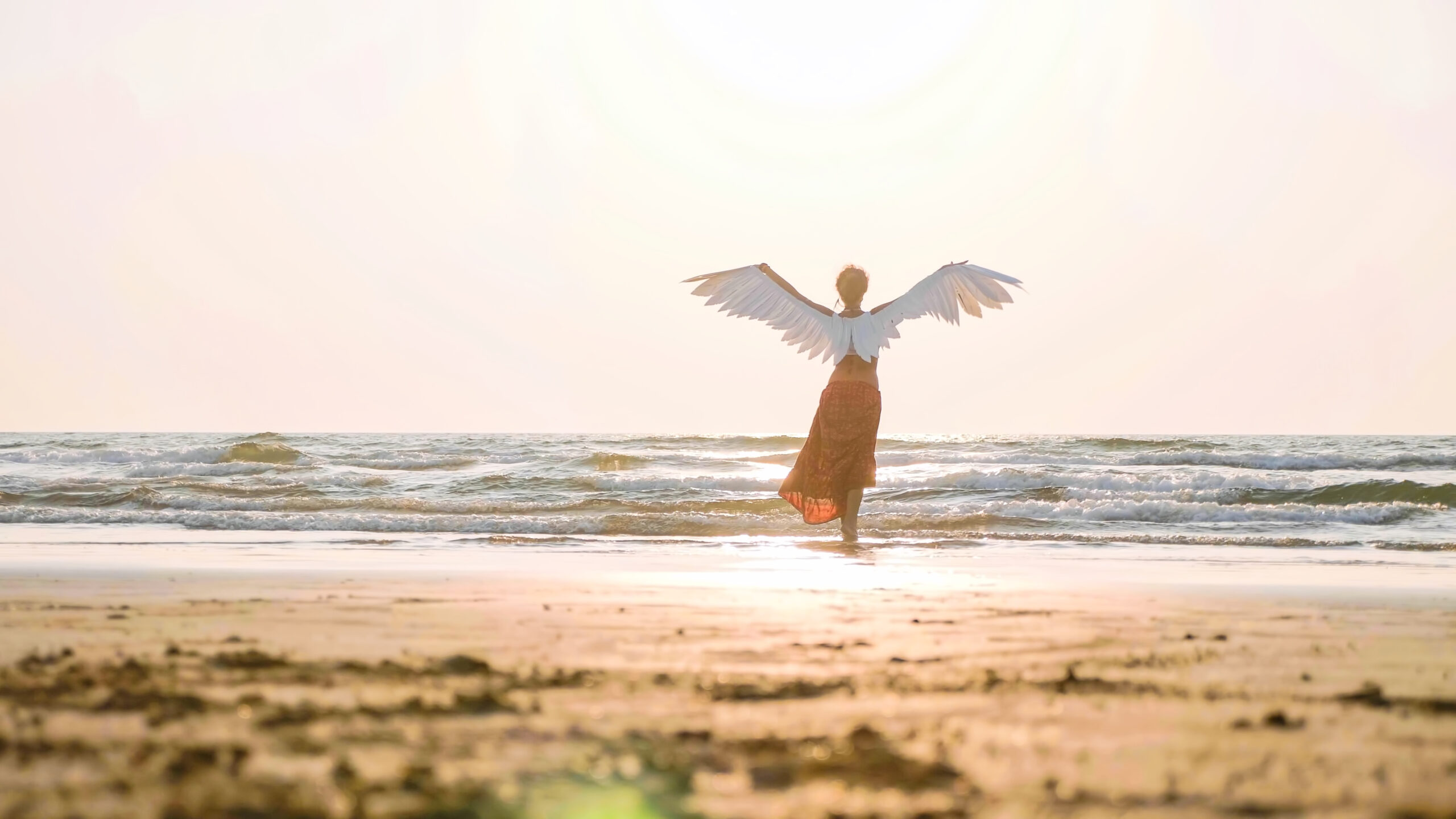 The Heroine’s Journey is a gift with all things working for you.

The Heroine’s Journey is the best adventure of your life. 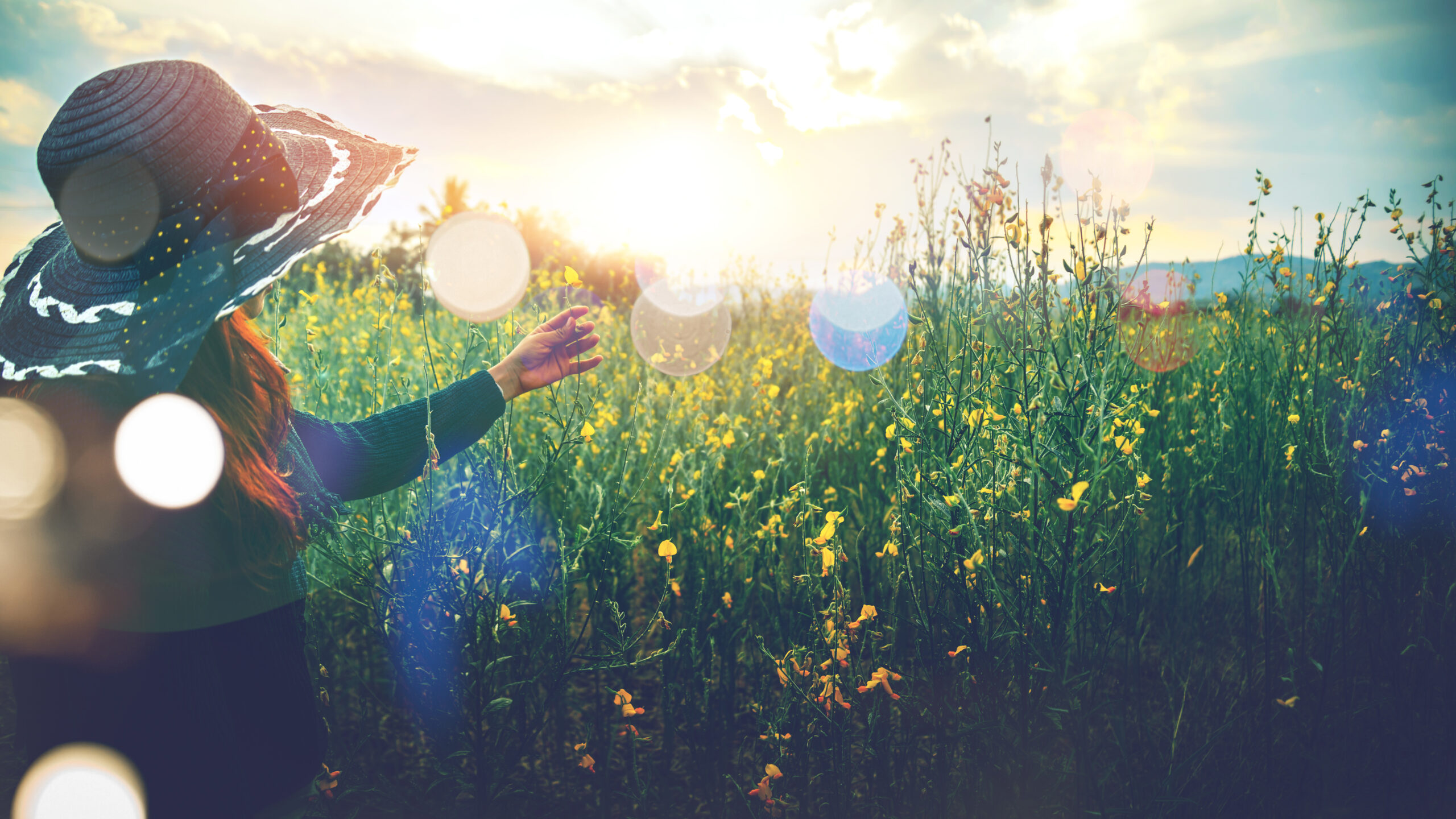